I enlisted in the Air Force when I graduated in the spring of 1942 from North High School in Wichita, Kansas. I was inducted at Salina about August 1943 and was told to go home and wait until I was called.

I was called about January 4, 1944 and was sent to Jefferson Barracks where I went thru all the shots and training for about 2 months. Then to St. Cloud, Minnesota to what they called a college training detachment. From there I went to Santa Ana, California for pre-flight. Then primary training at Dos Palos, California. Then basic training at Minter Field in Bakersfield California. Then to Pecos, Texas for advanced flying, where I received my wings and commission. Overseas training was done at Pueblo,Colorado. I was sent overseas in July 1944 and stationed at Cerignola, Italy. I flew 35 missions over Europe.

I finished my missions in January 1945 and returned to States in March. Went to Walla Walla, WI. until my discharge at Boise, Idaho in Oct. 1945.

I served as administrative judge for these counties until january 1993 until I retired. I was a democrat but was appointed to the bench by Robert Bennett,who the Republican Governor of Kansas,which doesn't happen very often.

I was a member of the 459th Bomb Association until it just gave up the ghost for lack of participation. After I retired, sold our house, purchased a motor home and traveled until 2009. Sold the motorhome and purchased a house in Bashor, Kansas where we now live. 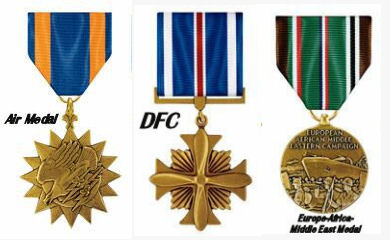 Please contact us with any biographical data, pictures or other information regarding the service and life of Keith Willoughby.