Merlin "Mick" was a gunnery instructor for all of the guns, but was mainly in the ball and at the waist gun

Merlin went on to become an Electrical Engineer for forty years with the Boeing Co. He actually started as Boeing's Tech. Rep. on Air Force Two (Project Speckled Trout) in Washington D.C. He met and spoke with the likes of John Kennedy, Richard Nixon, L.B. Johnson, numerous Generals and Air Force Chiefs of Staff. He was born May 4, 1924 and died June 24, 2006. 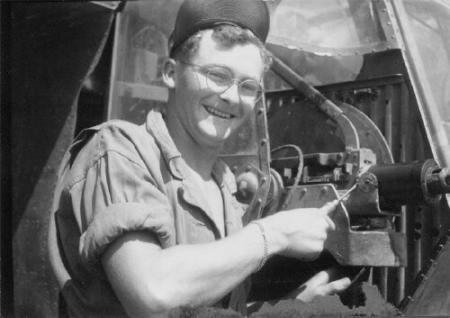 Please contact us with any biographical data, pictures or other information regarding the service and life of Merlin Brockmeyer.